Saudi Arabia Not The Place For Gamblers

When you think of Saudi Arabia, casinos and a good time are not high up there in the rankings. In fact the only thing Saudi Arabia and Las Vegas have in common is sand. Lots and lots of sand. Oh yeah and oil. And let’s face it before the oil was found nobody new about or cared about the place one little bit. Now one of the powerhouses of the region the only Arab G20 member and according to Amnesty International one of the most repressed nations on earth. The cradle of Islam, run by a system that is medieval in its outlook. Slavery wasn’t even abolished until the 1962 at the start of the decade there where as many as 300 000 slaves in Saudi Arabia. An absolute monarchy the royal family hold every position of power usually as a lifetime appointment, unless of course they upset the king. Even the name of the country is absolute. Saudi meaning belonging to the Saud family the country is a possesion of the royal family to do with as they please. So if you are looking for a gambling holiday don’t come here. 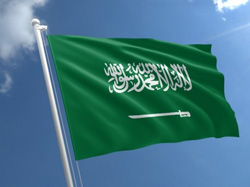 Saudi Arabia is an Islamic State run with the Quran as it constitution. Saudi Arabia has not signed up to the UN’s Universal Declaration of Human Rights. Saudi response to the many criticisms of human rights abuses is that as an Islamic country it justifies a different social and political order. In other words it is exempt from what the rest of the world sees as civilized behavior. Strict Sharia is observed and the countries religious police the ‘mutawa’ will enforce it. Responsible for some extreme violence in the past the Saudi authorities have allegedly curbed there powers recently. Punishment for breaking the rules range from fines, flogging and imprisonment to amputation and beheading. These are not your usual capital offenses. For example all Saudi citizens are Muslim, it is the law. For renouncing Islam (apostasy) the death penalty, insulting Islam or witchcraft and sorcery either death by stoning or crucifixion or a 1000 lashes and life in prison. For witchcraft in the 21st century! Atheism is considered a terrorist crime. So if you think they are going to be lenient for having a harmless game of roulette think again! You get lashed for having a beer. Don’t think you will get a fair trial either. You are guilty until proved innocent and there’s a good chance you won’t even get a lawyer. You can’t even cross examine witnesses.

Normally there is not much standing in the way of a determined online casino player. Most countries that ban online gambling have ineffectual systems in place and don’t really pursue offenders anyway. Saudi Arabia has the most sophisticated systems in place for internet censorship pretty much anywhere in the world. They are high tech when it comes to blocking unvirtuous sites from their residents. It is estimated the around 400 000 sites have been blocked by the Saudi authorities. What’s more is they will prosecute when they find out. Not a slap on the wrist either more like chopped of at the wrist. They even have a square in the capital Riyadh where the public punishments are meted out Deera Sqaure locals know it as ‘chop chop square’. The thing is that most of the citizens are ok with this. If you are not informed upon for breaking the rules by the rest of society then you are very lucky. When it comes to the internet you stand a good chance of getting caught by hackers employed by the powers that be. Visiting illicit sites are an insult to Islam they are not seen as minor offenses.

Nothing Is Going To Change Either

The country of Saudi Arabia doesn’t change. Minor tweaks here and there are all you will see. There is too much money and power in the hands of a few people and until the oil runs out nothing will change. Unfortunately if it does change it won’t be pretty. Extremists are the only alternative the way things are going. The Kingdom Of Saudi Arabia is not going to be a party place anytime in the near future. The reality of it all is it probably never will. The people are the only ones that can change it and they don’t seem to want to. So when booking your next bit of a gambling tour make sure you don’t choose Saudi Arabia.