Want To Join The Boom And Play Poker Online? 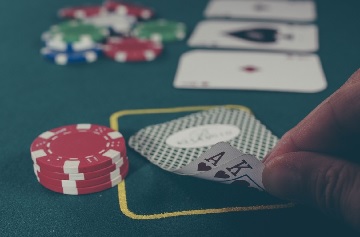 Poker in its many forms has been around for way over a century and doesn’t look like it’s going away anytime soon. Since a certain Mr. Chris Moneymaker won the 2003 WSP Main Event, the world of poker has stepped out of the smoky backroom and become a pastime for many worldwide. Thanks to the internet a game of poker can be played 24/7. Poker sites sprang up left right and center and unfortunately a lot were run by crooks. These sites have been weeded out and now some of the best online poker can be played at many casino sites. All of the top rated casinos have a dedicated page for poker enthusiasts. It’s very easy to set up an account and start playing and unlike casino games the house doesn’t have an edge. They make their money with a rake on the games and you play real people from around the world.

Picking A Site To Play At

As with all money decisions due diligence is required. If you already have an account with a casino and you trust them, try their poker site. Most will not need a separate account setting up so funds can be used to play poker. If you like to get some freebies in life you can open an account with another site and take advantage of their online poker bonus. These run a little different from casino bonuses and usually give you free entrance to tourneys. Some will boost your bankroll with cash but they are far and few between. If you are and experienced player you will want to play at a site that has enough players to give you game anytime. The choice of games on offer is also something to consider. Most sites have between five and ten percent rake on the pot. This is something that should be looked into as it can make a big difference in the long run. Cash games and tourneys can have a different rake at the same site.

Texas Hold ‘Em, Stud, Draw And Omaha The Best Poker Sites Have Them All

Texas hold ‘Em started the boom online but pretty soon other variations become popular as well. The best online poker sites now play the more obscure versions as well. Poker is regarded by many gamblers as game of skill and not just luck. One of the reasons for this is you are playing a table of other players that can be bluffed of their hands. Mathematics plays a huge part in a winning strategy and the top players all know how good their hand is and what kind of equity they have. But if you are new to the game there are plenty at your level that you can play with. The great thing about online poker is that no matter the stakes you want to play for you will find a game. If you are new to the game all poker sites have a system of play money you can practice with.

So What Are The Differences Between Poker Games Online?

Well quite a lot. Let’s start with the classic Hold ‘Em. Two cards are dealt to all players face down. To the immediate left of the dealer is the small blind this is half the minimum bet and has to be made, then comes the big blind which is a full bet also a forced. The betting proper then starts to the left of the big blind. They have the option to call, raise or fold the betting goes around the table back to the big blind. A lot of hands go no further either it is folded to the big blind and they get a ‘walk’ or it is raised by someone and nobody calls. This is known as taking it down pre-flop. If the bets are called then a flop is dealt, this consists of three cards dealt face up as communal cards. Then another round of betting ensues starting this time with the player on the immediate left of the dealer. If the first player checks then all others can check or bet. If there are still players in the hand the next face up communal card is dealt called the ‘turn’. More betting then the final card the ‘river’ where the last round of betting happens. If a bet is called on the ‘river’ the two personal cards are revealed and the best five card hand made out of the 7 cards wins the pot. Most hands never get this far and are taken down earlier. Mathematics plays a huge part of this game because of the communal cards.

Omaha is a slightly different version of the game and the maths is a lot harder to work. With Omaha you are dealt four hole cards. The game plays out the same with pre-flop and post-flop betting and the turn and river. The big difference is you must use two and only two of your hole cards to make your five card hand. Hold ‘Em you can play the board if that is the highest hand.

Seven card stud is gaining popularity and is considered a lot harder to play by many. There are no communal cards you are dealt two face down one up, then a round of betting. Another card face up another round of betting. This goes on for another two rounds so you end up with four face up and a final hole card. Betting continues until called then the cards are turned over and the best five card poker hand wins.

Five card draw is widely seen as the purist form of poker and the oldest, although a lot of pros disagree and think Hold ‘Em is the purist but that’s a debate for elsewhere. Five cards are dealt and a round of betting. You then get to discard up to five cards and replace them with fresh cards. More betting then if called the best wins at show down.