Yggdrasil Gaming is one of the biggest success stories in the world of online gambling. Since its humble beginnings in 2013, this software developer has grown into an international star that supplies content to over 200 iGaming websites across 3 continents.

If you want to find the best Yggdrasil casinos, our new review is here to help you out. We’ll provide you with an updated list of operators and discuss the company’s standout games, licenses, awards, and all other significant characteristics.

Every casino software developer likes to portray itself as “leading” or “groundbreaking,” so how do we know whether Yggdrasil is the real deal? Aside from playing and comparing its excellent games, our experts note that this studio is partnered with the largest gaming sites of today. This is a definite indication of high quality, as only a small number of premium providers are presented to such a large audience.

Each brand in the above list is licensed, fair, and familiar to most experienced players. We recommend PlayOJO and Casumo to those looking for original and attractive bonuses. Still, every site has unique advantages in terms of games and banking that might appeal to different groups of players, so feel free to consider your options.

Slots Are the Best Yggdrasil Games You Can Play Today

So far, this provider has introduced around 100 iGaming titles at an average rate of 1-2 releases per month. All of them use Random Number Generators and computer animations, and the vast majority fall into the category of online slots.

According to statistics, the reel-spinning genre attracts 7 out of 10 casino players, making it the most competitive space in the industry. This raises the question as to what makes Yggdrasil slot games stand out. Our experts point out multiple defining features that can be summarized as “outstanding production quality.”

Most reel machines from the company have incredible visuals, smooth animations and 3D elements that are comparable to the work of Hollywood studios like Pixar or Disney. The alluring graphics are often accompanied by cinematic intros that immerse the player into the title’s atmosphere before they start placing bets.

Although we’ve yet to see products branded after TV shows, movies, or musical artists, Yggdrasil’s online slots still manage to capture the imagination with original themes and exciting functionalities. “Easter Island” is just one of the many examples we can provide. This release is inspired by the legendary moai statues; two of them surround the reels and cause them to expand when you get a 4- or 5-of-a-kind. Also, each winning spin triggers a re-spin in which the winning symbol replaces all of its low/high-paying counterparts.

You might encounter gamification elements or seemingly strange terms like “Splitz” or “MultiMAX” in some of the company’s products. In this part of our review, we’ll list the most impressive Yggdrasil innovations and give you tips on where you can find them. Keep in mind that they are always supplemented by more traditional functionalities as Wilds and Scatters to deliver a satisfying gaming experience.

Gigablox — In a nutshell, titles with the Gigablox mechanic spawn large symbols that can occupy several rows and reels. This alters the pay-lines on each spin, which adds more variety to your play sessions and increases volatility. The best Yggdrasil games with this feature are “Hades” and “Lucky Neko.”

Jackpots — Those looking for progressive prizes are welcome to try “Jackpot Raiders,” “Dr Fortuno,” “Joker Millions,” or “Holmes and the Stolen Stones.” These releases come with multiple pooled rewards that increase with each placed bet. Still, their jackpots aren’t comparable to “Mega Moolah” or some of the other millionaire-makers.

MultiMAX — So far, only “MultiFLY!” comes with this feature, but it’s entertaining enough to deserve mentioning. Basically, MultiMAX adds an extra “oomph” to the well-known cascading reel element. After you get 3-, 4-, or 5-of-a-kind, its symbols will disappear, and a Wild will be spawned on one position before the cascading effect occurs. Also, the reel on which the Wild has spawned receives a multiplier, so any future combinations involving it will come with increased payouts. If you’re lucky enough to get a long combo going, Yggdrasil casinos can grant you a fantastic payout.

Splitz — A random reel modifier that can enhance between 1-3 reels. Splitz spawns a cluster of 3-9 symbols of the same kind, but do note that it won’t happen on each spin. Still, the feature can be quite rewarding if you can withstand its volatility. “Temple Stacks,” “Neon Rush,” and “Syncronite” all use the functionality. 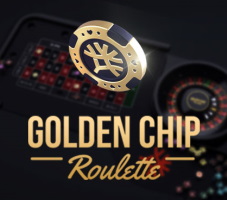 As we mentioned earlier, this studio is primarily a slot maker. Thus, the operators that license its products also source RNG and live tables from other companies to maintain a balanced portfolio. Yggdrasil has produced several table games, but you’ll struggle to find online casinos that have them. LeoVegas is one of the few sites that contain the expanded collection, so head over there if anything that we describe below catches your eye.

“Golden Chip Roulette” is perhaps the most intriguing title of the bunch. For straight-up bets, the winning number gets a multiplier between 10x and 500x, which can increase your payout tremendously if you’re lucky. European rules apply to all other wagers. Aside from that, there’s a trio of blackjacks that come with advanced visuals and various side bets.

Before you check out some Yggdrasil casinos, it’s good to know a little bit more about the developer and its practices. The company is privately-owned and based in Sweden. The Scandinavian country has some of the most stringent regulations, so it’s good to see that Yggdrasil adheres to the rules of the Swedish Gambling Association.

On top of that, the enterprise is also licensed by the United Kingdom Gambling Commission and the Malta Gaming Authority (MGA/B2B/230/2012), in addition to multiple other national regulators. Overall, the studio has a permit from 17 jurisdictions in Europe and the Americas. This gives players an additional incentive to choose Yggdrasil gaming casinos since its software is regulated and audited by independent testing facilities.

In terms of responsible gambling, this software supplier has equipped its games with reality checks, self-exclusion tools, and age verifications to protect at-risk individuals. It also supports organizations such as BeGambleAware to promote safer online entertainment.