We all love a good success story, and few are more remarkable than the tale of Quickspin. This iGaming provider was established in 2011 in Stockholm, Sweden. Initially, the only staff members were its three creators, who had the goal of producing a new breed of slots that was missing from the industry.

Quickspin’s work swiftly gained attention, and the company was acquired by Playtech for over €50 million in 2016. Today, many top gambling sites are considered as Quickspin casinos. Our experts will help you find the best of them while also covering their most impressive entertainment options.

Find a Suitable Operator with Our Quickspin Casino List

If you reside in the UK, Europe, or Canada, we recommend that you check out one of the following operators: bgo, William Hill, NetBet, Mr Green, Casino.com, Mansion Casino.

Aside from being some of the most recognizable names in the industry, the seven sites above have another thing in common. All of them use Playtech as their primary source of new content, which means that Quickspin is a vital part of PT’s portfolio. Currently, bgo and NetBet have the largest array of Quickspin games, while NetBet packs the most attractive promotions.

If the above venues are not available in your area, see if any of the five sites below will work: Casoo, Casino Gods, Casino-X, Genesis Casino, 22Bet

What Type of Quickspin Games Can You Find Online?

Some developers offer a balanced iGaming portfolio, while others specialize in producing a certain kind of gambling game. Quickspin is a member of the latter group, as, so far, it has focused exclusively on online slots. All of the company’s 70+ titles are in the reel-spinning category. However, Quickspin slots don’t feel the same, as each release comes with a fresh set of features.

As a Swedish software supplier, this company has the likes of NetEnt, Yggdrasil, ELK Studios, and Play’n GO as competitors on both the local and international scenes. Its products simply can’t fall behind in the audiovisual department, which is good news for all players.

In addition to featuring pristine graphics and captivating soundtracks, Quickspin slots are known for their diverse and original themes. Curiously, the company uses tons of data about customer preferences as a way of coming up with new ideas, which explains why its games tend to stand out in even the most overcrowded casino collections.

The best way to get acquainted with this studio’s work is to create an account with one of the online casinos on our list and try some games in “demo” mode. Below, we’ll share our 3 favorite titles along with a summary for each of them, followed by a Quickspin games list with 10 more recommendations. If the gaming site you choose also allows you to sort by provider, you can use this feature to browse the entire portfolio without the need for further research on your part. 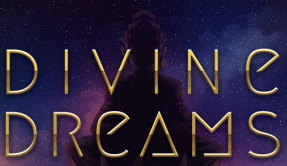 The duality in “Divine Dreams” is what made us pick it as our top recommendation. On one side, this 5-reel, 3-row game has a relaxing vibe, with Buddhist elements, a rainforest in the background, and a super chill soundtrack. However, when you start spinning, you’ll feel its highly volatile potential. This is one of those Quickspin slots that pack a “Mystical Multiplier”— a special zone that’s on the right side of the reels. It has the potential to multiply all your regular winnings up to x8 or trigger a bunch of re-spins with enhanced Wild symbols. 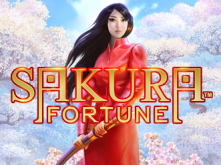 If you adore traditional Japanese aesthetics, “Sakura Fortune” will not disappoint. This one has a rather unconventional layout of 5 reels, 4 rows, and 40 fixed pay-lines. Join the comely heroine on her quest to battle the evil emperors, and you might discover fantastic fortunes. The trademark feature of this game is its Wilds, as they can act as a substitute for every other symbol, including the bonus ones. Once you’re in the free spins stage, these Wilds expand to cover an entire reel and grant you an extra spin on the house. The release is available in all Quickspin online casinos on our list.

The underworld is a dangerous place, but it also hides immense treasures. You can go on an expedition to the depths of despair with “Titan Thunder Wrath of Hades”. This is one of the most volatile slots we’ve played in a while, as it has a maximum payout potential of x15,000 your bet. Additionally, the game has three jackpot values on top. They aren’t progressive, but it’s still a nice extra to have. You can trigger the mini-game for these jackpots by landing 6 or more of the “Money” symbols anywhere on the reels.

This software provider has developed an extensive in-game achievement and challenges system that connects most of its games. Not every Quickspin product has it, but the ones that we’ve highlighted do. Why is it so important, you ask?
Well, aside from giving you the chance to participate in tournaments, you can earn “achievement coins” when you reach certain milestones within the game itself.

This currency can be used to outright buy special features like free spin stages not only in the title you’re currently playing but also in every other product included in the network. Thus, in addition to the sense of accomplishment, you have a real-money incentive to go for these achievements. Quickspin online casinos determine whether to employ this system or not, so you might want to do a bit of research before you deposit real money.

In terms of mobile compatibility, the developer deserves an A+. Its products are always designed with smartphones and tablets in mind from the ground up, meaning that you can enjoy them on any web browser and casino app. We really like how the company continues to improve its design layout, which is especially felt when you hold your device in portrait mode.

Quick Facts about the Company

As we mentioned at the start, this firm is based in the Swedish capital of Stockholm. Over the years, the team has grown from 3 founding members to over 100 people that come from 30 different countries. Quickspin games are also designed in the company’s offices in Malta and Kiev and are distributed to a platform that’s independent of Playtech (the parent organization).

Quickspin is fully-licensed to deliver iGaming content by the United Kingdom Gambling Commission and the Malta Gaming Authority (MGA/CRP/137/2007). The business is also a member of BOS, the Swedish Trade Association for Online Gambling.