Russian Imperial Casinos Were The Height Of Its Gambling History 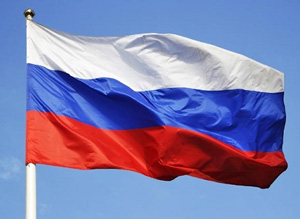 The last years of the Russian Empire were the crowning glory for casinos in Russia. Grand buildings where the elite could gamble to their hearts content. They didn’t last long though the rise of the Soviet regime put an end to all gambling in the world’s largest country. That was it for the duration. The final years of communism saw the experimental opening of a casino in the Savoy Hotel Moscow, but this was for foreign visitors only. With the collapse of the Soviet Bloc in the early 1990’s the gates opened and a flood pored. The rise of gambling was unchecked and within a short while the country was covered with gambling houses. By 2002 Moscow had 58 casinos, 2000 gaming rooms, and around 70 000 slot machines. Most of which were accused of at least tax avoidance and at most outright criminal activity.

The economy of Russia post communism was in ruins. Criminal organizations were on the increase and the gambling industry was prime territory for the laundering of money. The youth had nothing to do and all the slots parlors attracted them in droves. This was the dark side of gambling coming out in force. It was estimated at the time that over 1.5 million Muscovites regularly visited gambling houses. The government had to act. Laws were passed to try to protect the underage with bans on advertising, limits on the number of new venues and bans on venues within 500meters of resident areas. This had little effect and the growing public disquiet about the spread and influence of gambling in Russian society led the authorities to act. Act they did all gambling was made illegal except for registered gaming houses within four regions across the country. The gambling industry in Russia was virtually destroyed with one decisive blow.

Russia is not known for its liberal attitude law breakers are punished and usually punished severely. There are some underground illicit venues that offer the chance to gamble but law enforcement is strict and any caught are shut down and prosecuted. It’s not quite that easy to do to online casinos and they have continued to flout the law and offer gambling services to Russians. The law is explicit unlike a lot of countries vague statutes Russia states it is illegal for foreign sites to offer gambling to any Russian citizen. Several pieces of law have been offered up but have narrowly been defeated to curb ‘foreign intervention’ as it has been put. One bill was to enact a ban on VPN and tools such as Tor services it did not get through but was widely supported and had the backing of Vladimir Putin. With the strength it had behind it it’s a surprise it did not pass, Putin usually gets what Putin wants. There is a long blacklist of online casinos in Russia and laws were narrowly defeated, again, to force IPS’s to block them. So the best online casino Russia has is the one you can connect to! Financial laws are also in the pipeline that are very similar to the US UIGA with the intention of stopping money flow to online casinos.

A Long Time Before You See The Best Russian Online Casino

There is a glimmer of hope for the poker players of Russia. Putin has asked for the country to look into the online poker industry with a view to regulating it in Russia. This has backing of the Deputy Prime Minister Igor Shuvalov who has previously stated that he does not believe poker is gambling. The economy of Russia has declined in recent years so it may be tempting to the government to pursue another avenue of tax revenue. There is speculation that the restrictive laws in place are a pre-curser to Russian regulation of online gambling. This has been the case in many countries with harsh laws introduced then regulation following. However this does not seem likely given the attitude to gambling in general within Russian society.

So If You Want To Gamble Online Be Careful!

With the seemingly constant onslaught against online gambling in Russia it is not advisable to try to visit online casinos. If you must you run the risk of prosecution Russia does have the power to fine players as well as prosecute operators. This is touted as unlikely in many websites and they continue to encourage players to sign up to ‘the best Russian online casinos’ they simply don’t exist. If you do sign up make sure you are very careful and know the risk you are taking. Just because Russia doesn’t regulate that doesn’t mean you have to go with a completely unregulated site. If you can find a site you can access make sure it is covered by Malta, Gibraltar, or the Isle of Man these all have very good regulatory bodies. There are some sites that have Russian language versions these are obviously preferable. The ruble however is not widely accepted and exchange rates will be charged. Quite often these are very steep so it is wise to enquire what they are first. Make sure there is a suitable method for depositing and withdrawing and that you can use that method for all transactions you wish to. Some sites have a limit on certain methods of withdrawal and it can be a cruel blow when you win but can’t get your money the way you want. Above all remember you will be breaking the law if you gamble online. Keep up to date on any changes as there’s a good chance things could get a lot worse. Unless attitudes change across the country and the power of the ruling class lessens anytime soon the future look extremely bleak for online gambling in Russia.