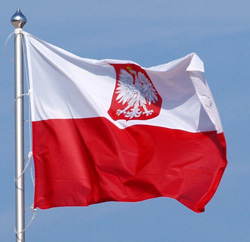 When it comes to casinos Poland doesn’t spring immediately to mind for sure. There are however a large selection mainly in the capital and surrounding area. Since the collapse of the communist state there has been very little regulation in the area of gambling. The only restrictions have been on new casinos getting built. There is virtually no player protection written into legislation. That doesn’t seem to stop the Poles however and a lot of money is gambled every year at these venues. There isn’t much to say about the history of gambling in Poland. A staunchly Catholic country the laws have always reflected that, then communism came along and everything went deeper underground. With the eventual collapse of the regime casinos sprang up unchecked. Then the internet kicked off and utter chaos reigned. The best online casino Poland had was definitely not Polish!

How Tough Are Gambling Laws In Poland?

In 2009 the Polish government saw fit to introduce a complete ban for online gambling. This came about after legislators were looking into amending the law to regulate online gambling. The backlash was due to a now infamous incident of high level bribery known as the ‘blackjack scandal’. Several ranking government officials accepted offers of pay offs in connection to the new gambling laws. The proverbial hit the fan. The Sports Minister was sacked. The Prime Minister Donald Tusk drafted the law that by the end of the year saw all online gambling banned unless licensed by the Ministry. The hoops that operators needed to jump through to get licenses were harsh. Some of which were physically locality in Poland. A .pl domain name. All money must go through Polish banks. Another big nail was a 12% tax on turnover. With such harsh rules it was a wonder that any applied for licenses. But 4 brands did yep that’s right only 4, so the title of best Polish online casino was not widely fought for! Suffice it to say the Poles encountered the wrath of the European Commission.

Despite the law millions of Poles continued to visit foreign sites to play their favorite casino games. I guess years of restrictive regime had hardened the Poles to not take it anymore. But the law was completely ineffectual. An estimated billion euro market and Poland was not seeing a zloty in tax revenue. The Ministry of Finance had previously gone after operators regarding unlicensed gambling. In 2014 they changed tack the Ministry issued a statement. It said it had been carrying out an investigation into illegal gambling online and its results were in. Information on 24 000 Poles that had allegedly gambled illegally online had been complied with the purpose of future prosecution. They claimed that three quarters of them had won between them a total of PLN 27 Million. The Ministry claimed to have started criminal investigations on over a thousand of the highest winners.

The European Commission And Measures Applied To Casino Sites In Poland

The online gambling industry has seen a fair bit of intervention from the EU across Europe. A lot of countries have resisted the European Commission and Poland was no different. In 2012 the European Court of Justice ruled against the Polish laws saying they are basically against the whole point of the EU. The Poles had to rework the laws and resubmit them. It didn’t stop there 2013 saw infringement procedures start with Poland having to verify that new measures would be in line with Article 56 TFEU guaranteeing the free movement of services. The EU won, as it usually does, and Poland’s legislature had to back down and open up the market. As of 2014 the rules are less restrictive and it has allowed more to enter the market.

However the Polish market has not taken off that quickly and still many Poles are playing with unregulated sites and risking prosecution from the authorities. The Ministry is finally loosening restrictions on poker played online and in other venues outside of the present authorized casinos. However the Ministry has stated it is increasing efforts to enforce laws against unregulated international online casinos that continue to take Polish players. These will take the form of the usual IP and payment blocking techniques. The Ministry has however mentioned ‘more severe consequences’ for those who continue to disregard the law. This all just looks like a mess to the rest of the world. Wake up Polish lawmakers this is a very backward approach to a very lucrative industry. One which is growing year on year.

Where Does This Leave The Polish Online Casino Player?

Confused probably. The EU will continue to pressure Poland it is a given. This whole situation is ludicrous. A law that makes millions of your citizens criminals for doing something that is legal in a state sponsored venue is very reminiscent of bygone days. This is supposed to be a free Europe. It is also pretty stupid of the government to let all that tax revenue slip through its fingers. Things are changing it is whether they are changing fast enough in the meantime the punters are the ones to suffer as usual. The Polish legislature has to relax the regulations to allow more competition in, it will be good in the long run. Polish gamblers will gamble whether the authorities like it or not. The bottom line is it’s up to the Polish playing public to address the issue. The legislature is accountable to the public in a democratic society. If enough people want change will come. The Poles themselves know this and have proved it. Without the brave actions of certain dock workers the Soviet Block may still well be here. A proud nation and a strong nation. Solidarity!