Pakistan A Turbulent Past

Born from the controversial partitioning of India, Pakistan has had a rocky road over years. Since independence it has been plagued by unstable government, military juntas, poverty and terrorist atrocities. Despite all these setbacks Pakistan is a thriving and growing state. Economically one of the strongest for growth in South Asia with a stock market that is Asia’s highest performer. Years of work has gone into reducing poverty and now Pakistan has the second lowest poverty headcount in South Asia. The Islamic Republic of Pakistan, to give its proper title, has strategic importance in both regional and global politics. One of only two South Asian nuclear powers, the other being India, has led to some very tense moments in the past. Tensions between the two nations has escalated to full scale conventional war at least three times in the past.

The Cradle Of Civilization 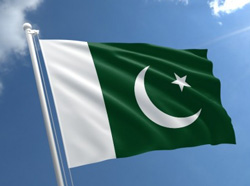 Modern Pakistan sits right in the middle of the area that is considered the birth place of modern civilization. Home to several significant ancient societies including the Neolithic Mehrgarh and Bronze Age Indus Valley Civilization. With many later incursions from multi faith and culturally different peoples. Mongols, Afghans, Sikhs, Indo-Greek and Hindus have all called, what is now Pakistan, home. A land of diverse climate and geography Pakistan’s natural history is as complex as its human history. Mountain ranges, river valleys and high plateaus produce some stunning scenery with flora and fauna to match. You can see coniferous alpine and sub-alpine forest then vast deciduous stretches. There is even a scrub –land with juniper, tamarisk and course grasses. A short journey to southern Punjab and you have date and coconut groves. To cap it all mangrove forests in the coastal wetlands. A truly stunning timeless land that at one point had millions of visitors. Most to be fair in the 60’s and 70’s on what was called the ‘Hippie Trail’

Sharia Law And All It Entails

Pakistan has a diverse culture with many languages and dialects spoken. Written into the constitution are protections for religious minorities. But the country is an Islamic Republic and as such is bound by Sharia law as well as the Penal Code. This has many connotations and covers a broad range of issues dealing with everyday life. Gambling in all forms is strictly prohibited. Period. There are no previsions for non-Muslims if you are caught gambling you face up to a year in prison. Many in Pakistan do gamble illegally but every year hundreds are prosecuted and jailed. You do not want to end up in a Pakistani jail! Overcrowded, dirty and the chance to be tortured, it is not worth it for a game of roulette.

Online Gambling Is Seen As Worse

Most countries where gambling is prohibited either turn a blind eye to online casinos or they are hopeless at enforcing the laws. Not so Pakistan. Gambling at an online casino is considered operating a gambling establishment and as such will get you an even stiffer sentence, 5 years in prison. The fact of the matter is there is no such thing as the best online casino Pakistan. You may well be able to access an online casino from Pakistan. There are several online brands that have no honor and will happily take your custom. In all good faith there can be no recommendations for a reputable online casino. They are mutually incompatible, respectability and the chance to go to jail. No responsible online casino would encourage actions that could lead to imprisonment. So there is no best Pakistani online casino.

Don’t Believe Those That Say You Can’t Get Caught

Many advocate the use of VPN’s and other proxy servers to hide your identity. The uninformed seem to think this makes you invisible. It does not, it will hide your address from the recipient but your ISP will know everything. Government enforcement agencies can sift through everything you do online. So if they want you they can get you. Don’t be misled by articles stating there are no laws covering online gambling in Pakistan there are. They may not be a high priority for the police but it’s a safe bet if they have the time and the knowledge you are doing it they will convict. Pakistan doesn’t have a particularly good record or image when it comes to a fair judiciary. Why risk 5 years in a cell with twenty others crammed in with you.

The Future Is Much The Same

Unless there is major political, social and religious change in Pakistan the future for gambling is non-existing. There is no reason to see such a seismic shift in attitude so if you really have to gambling and you live in Pakistan the only risk free way to do it is to travel abroad. If you can bring yourself to travel to India then there are top quality venues in Goa. Attached to ether 5 star hotels or some very attractive floating casinos they are the closest legal option you have. Not a good situation to be in for sure. But is the risk off spending even a second in jail for doing something that is meant to be fun worth it? If you love casino games so much then why not join a free to play site. There are plenty out there that have all of the same games. Maybe the thrill is not the same but it is meant to be entertainment. If you run the risk of serious jail time entertainment is a funny word for it.