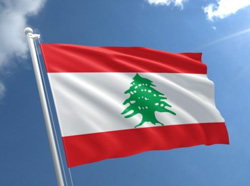 The Lebanese Republic has had a long and rich history marked in recent times by brutal civil war and invasions by Israel. The country has a total of 18 recognized religions practiced there and has constitutional laws in place to keep the country united. It hasn’t always worked but the reconstruction of the country after the devastation of the civil war that spanned three decades is moving forward. Once a bohemian country with many foreign visitors Beirut became the synonym for a war torn city. The country may be moving forward in reconstruction but it is going backward as far as the gambling scene is concerned. Lebanon has a restrictive policy toward gambling and it is only legal in the Casino du Liban. The venue offers all of the usual games and is a very profitable venture. They have an exclusive contract with the government written in law.

Ironically A Casino Is Holding Back The Gambling Industry

Up until 2013 foreign online casinos were easily accessible from Lebanon and any number of brands vied for the title best online casino Lebanon. Due to the exclusive nature of the contract that the Casino du Liban holds they petitioned the government to ban foreign sites. It worked the government siting concerns for public morality set in motion a total ban on all foreign gambling sites. Almost overnight a thriving scene was crushed. As with most countries that have tried to block online sites the determined find a way around. Most do not see this as any kind of moral issue as gambling is legal in Lebanon. The penalties for getting caught doing it are not really obvious if there are any. Checking with local legal professionals is the only way to know for sure.

The best Lebanese online casino is not going to be that easy to find. For starters you need to find a reliable way around the official blocks in place. Bear in mind these don’t always work and if you open an account you always run the risk that you may not be able to visit it again. Once you have that in place language is going to be an issue. Lebanese Arabic is not a popular platform for online casinos, as in, there are currently none. If you speak French or English you will be ok. But you need more than just a working knowledge to be safe. Terms and conditions are notoriously convoluted and difficult to understand. The best test to see whether you understand completely is to contact the customer service department.

Make Sure A Current License Is In Place

There are several jurisdictions around the world issuing licenses to operate online casinos. Not all are as good as each other. Without doubt the UK has the best the UK gambling Commission has the toughest rules and enforcement of them all. They only cover UK residents however. But if a global brand has UK customers then it will have more than one license. Malta, Gibraltar, and Alderney are all great standalone bodies also. The Philippines had a great record but they are now in a state of limbo after their President said he would revoke all remote gaming licenses. The Kahnawake Territories mainly cover sites that point to the USA and they have had a few rogues slip through the net. The Caribbean jurisdictions have a terrible record and reputation and are basically just tax havens.

Dollars Or Euros No Lebanese Pounds

There are no sites that have accounts in Lebanese pounds so you will have to use either US dollars or Euros. Look into currency conversion rates and any hidden charges that you may incur. You will be restricted in were you can play so make sure the method you want to use to fund your account is flexible. Third party electronic payment methods are rapidly becoming the most popular choice to fund online casino accounts as they add an extra layer of protection.

Wise To Stick To The Well Known

Do a bit of research into a brand because of the lack of options available a wise person would stick to one of the big well-known brands. There are at least twenty global brands that are instantly recognizable if you get an account with one of those, do it, you will be safe. Otherwise you will need to find out about who you are gambling with. A slick well-presented site can often lull you into a false sense of security. Remember that an honest well run online casino makes a good profit they don’t need to cheat or scam. With that in mind everything should be transparent and verifiable. Check the security certificates any of the reputable experts that issue then have easy to navigate website with lists of certified sites.

What The Future For Gambling Lebanon?

Well the strange and exclusive contract with the Casino Liban runs out in 2026. So there may be a long wait before any kind of change in the law especially as there is a matter of $100 million dollars in compensation that is likely to be sued for if the government reneges on the contract. But the noises being made in officialdom is that the blocks put up to stop people are largely ineffective. The revenue stream that is going out of the country is putting pressures on government to make changes. There is a very good chance in the near future for a regulated online casino industry in Lebanon. It would be a good thing for a country sorely in need of some fun. Fluctuating between war and prosperity means the Lebanese are used to bad runs maybe it is time to let them have a run on the roulette tables instead. Worrying about a countries moral wellbeing that has been in a state of war for so long is a hard one to swallow.