Diverse Liberal And Friendly To The West 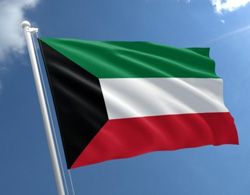 Kuwait is another oil rich Arab state that not so many westerners had heard of until Saddam Hussein invaded and kicked of the first Gulf War. Kuwait actually has a rich cultural heritage that goes way back into the mists of time. There is evidence of habitation in Burgan, Kuwait that date back 10 000 years. The oldest known urban settlements of the Persian Gulf basin were found in northern Kuwait at AS-Subiya. Traders from antiquity Kuwaitis have always had a flair for the sea, with one of the oldest reed boats in the world found in northern Kuwait.

Mesopotamians and Sumerian traders settled the Kuwait island of Failaka around 2000 BCE. With the ancient Greeks turning up by the third century BCE then the Sassanid Empire took control. The Portuguese turned up in the 16th century and built a defensive settlement and Kuwait prospered significantly. Kuwait city started life as a fishing village in 1613 by the next century Kuwait had established itself as a trade hub for goods from India, Muscat, Baghdad and Arabia.

A center of maritime trade and boat building Kuwaitis earned the reputation as the best Persian Gulf sailors. More modern times have seen Kuwait as a British Protectorate up until 1961. Kuwait’s independence quickly led to parliamentary elections and the first Gulf State to have a parliament and a constitution.

Kuwait has more expats than Kuwaitis living there the 70 – 30 % ratio is quite a shock. The country is consistently seen as a relatively free place to live. It has even ranked higher than Israel in the freedom of press survey on several occasions. Art and literature are highly prized and many artists and poets have immigrated to Kuwait from other Arab nations that are more repressive. Kuwait is definitely the most democratic country in the region.

With a civil law system in place and a highly independent judiciary Kuwait is seen as having a fair and secular legal system. Unlike many other Gulf States there are no Sharia courts only sections of the civil courts that deal with family law. Sharia law only governs Muslim residents and there are three sections of family court to deal with either Sunni, Shia or non-Muslim. Rated as the forth richest country per capita in the world and having the highest value currency in the world the Kuwaiti Dinar.

Gambling Is Still Illegal Though

Sharia law may not be the system used for civil courts in Kuwait but Islamic teachings do influence law here. The usual banned activities are written into Kuwait’s penal code. Alcohol and Gambling are penalized heavily. That does not stop the few foolhardy that run or visit illegal gambling dens. Kuwaiti authorities regularly crack down on these establishments and one recent raid saw foreigners arrested as well as locals. The fact that a heavy loser informed on the casino must play heavy in the minds of those wishing to run such venues. The rise in online gambling has also given the authorities cause for concern and measures are being ramped up to curb it. They have even warned the public against playing ‘play money’ games on social media! This may be due to a trend of sites that use virtual currency to play with but it is bought in cash in person to try to circumvent the law.

Sites Are Blocked And Players Prosecuted

Kuwait has taken the usual steps to stop illegal online gambling by blocking access to known sites. The determined can find ways around this but if caught face stiff penalties. Internet coverage is growing across the country with the younger generation from different nationalities being particularly interested in casino games. This trend is worrying for the government and intensive investigations are taking place. The concept of the best Kuwaiti online casino doesn’t exist. You will struggle to even find an online casino that accepts Kuwaitis. Those that do are not considered the best anyway. The simple fact of the matter is as things stand it’s not a wise thing to do.

Even If You Find One Problems Are Rife

So you have trawled the net and have found a reasonably legitimate online casino that will take your business. The license checks out, reviews are not too bad so you decide to deposit. Have you thought about how you will withdraw any winnings? You will need to verify who you are. What will you use to do this will it flag you up to the authorities? Kuwait is as free an Arab country as it gets but is your electronic correspondence monitored? The internet certainly is. Kuwait has one of the most pervasive attitudes to the internet. Even if you manage to open an account and play happily for a while the site can always be blocked at a later date. Even if you use a VPN don’t believe the hype that you can’t be tracked it’s difficult but not impossible. Or the VPN site can be blocked itself then you have lost access to your deposited funds and any winnings in the account. If you do decide to gamble online you face many more challenges than those that can do so legally.

Is Change On The Horizon?

There was talk of a politician trying to relax the ban on alcohol and gambling. The idea was to build a resort for foreign visitors where they would be able to drink and gamble freely. The idea shocked most of the largely conservative members of parliament. It remains to be seen if this idea ever gets off the ground. It seems unlikely. Tourism has never been a strong contributor to the state coffers but as oil prices continue on their shaky path maybe this is a way to upgrade the industry and pick up the slack in income. For Kuwaiti nationals however if this did happen restrictions would still be in place, this is aimed at foreigners only.