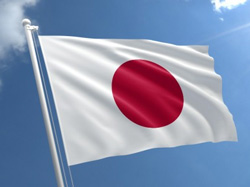 The Japanese have always been hard to understand to an outsider. They have some of the strictest and most conservative laws and rules of etiquette on the planet. Yet they produce some of the wackiest trends and gadgets also. They believe in absolute personal space and respect for privacy yet the individual is not important in the grand scheme of society. The sense of honor and tradition pervades the entire nations demographic. The overwhelming majority of the population are fiercely law-abiding yet the country has one of the world’s most feared underworld in the Yakuza. Straight-laced as they are gambling is strictly controlled but as with all things Japanese it’s a bit hard to work out for a westerner. Generally it is illegal to gamble in Japan but there are exceptions. There are city lotteries takarakuji, sports betting (football, motor cycle racing a few others as well) and the uniquely Japanese pachinko. Pachinko is the love child of a slot machine and a pinball machine and is a national pastime. The authorities see this as a traditional game and is exempt from the gambling laws.

No Casinos Here But Maybe Soon

The Japanese as a whole do not even know what a casino is in the western sense. The law makers however have been trying to introduce a bill for a few years now to regulate the gambling industry. As it stands apart from the pachinko parlors, lotteries and sports betting every other form of gambling is in the hands of the underworld. Despite their image the Japanese are into gambling as much as the next Asian. The government wants to have regulated casinos. It badly needs new revenue and sees the explosion of growth in Macao and more recently Singapore and wants a piece for itself. Experts have predicted a possible $40bn from just 12 casinos. The 2020 Tokyo Olympics is the goal for having these casinos up and running. This is all part of the bigger plans for more tourist dollars coming into the country over the next thirty years. The problem is the bill keeps getting stuck. The majority of politicians see the financial benefit but one party in the coalition has grave doubts. Siting the old issues of social problems associated with gambling.

Meanwhile The Japanese Continue To Gamble

The Japanese are wary of anything Western. Mahjong is more popular than poker for example. But over the years the nation has opened up to the joys of casino gambling. Online gambling is a very confusing area legally and most gets lost in translation. It is well advised for any player in Japan to familiarize themselves with the legality of playing online. That being said the market is growing there are more sites springing up with Japanese platforms, unfortunately translations are not always the best. By far the most popular games played in the best online casinos Japan has are slots. The similarity to pachinko has made the transition easier. When it comes to card games it seems baccarat is very popular with the high rollers of Japan. Poker is making slow in roads but is growing in popularity. The best Japanese online casino has to have lots of slots, mahjong and a few baccarat tables.

The Market Is A Young One

The Japanese online casino market is still in its infancy. If the government legalize land casinos then the online world will get more exposure and maybe roulette will get some attention. The issues are uniquely Japanese. As a nation steeped in tradition anything new is treated with suspicion especially if it is foreign. The younger generation are far more open and this has allowed the online casino industry a foothold. However there are still areas that are viewed with extreme caution. Payment methods are one area. The west has been using third party electronic payment methods for many years now. The likes of Neteller and Skrill are new to the Japanese and as such they are wary of them. The website that explains everything in detail will succeed in Japan

It goes without saying that the Japanese visitor to an online casino will have done their homework. Vetting the reputation and legitimacy of the brand would be done without a second thought. But once again there are unique issues for Japanese players choosing where to play. Most Japanese newcomers have no idea what casino games are and how they are played. A westerner that has never set foot in a casino in their life would probably still know a bit about roulette. So the number one issue for a Japanese player will be understandable instructions on the site. Japanese are very reluctant when it comes to foreign language websites. Most don’t read English and unfortunately translation into Japanese seems to be a bit flaky. Customer service agents that are fluent Japanese speakers is going to be a top priority. Because the industry is dominated by West the usual channels for verifying things such as licenses and security protocols, will be in English mainly. This will be a problem for most Japanese as translation programs are notoriously bad for languages as complicated as Japanese.

If the land based casinos get the go ahead there will be an explosion of Japanese online casinos. The thing about the Japanese is that they can take a concept and make it much better. They streamline, cut costs, and make things faster, smaller. It is quite exciting to see what they would do to the online casino to make them Japanese. It’s up to the notoriously slow legislative powers that be. Will there be a legitimate Japanese gambling industry? Let’s hope so. In the meantime the foreign sites will do their best to attract the millions of Japanese that really love to gamble.