India A World Of Paradox 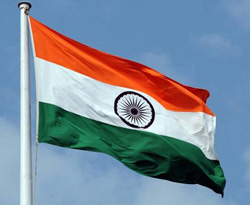 One of the fastest economies in the world India has seen an explosion of economic growth. It still has the highest levels of poverty though. It has the world’s second fastest growing automotive industry and the third largest telecommunication market. It is a place of extreme contrast major cities have palatial properties owned by billionaires and round the corner the worst slums on the planet. India has kept many features from colonial days and the legal systems is based on the British system. Although in a very Indian way. There are many conflicting laws in the country those surrounding gambling are just some of them. There is a national law that covers gambling The Public Gambling Act 1867 with some quite harsh penalties including prison terms. But the reality is that gambling is legislated at state level. Some are more relaxed about it than others.

There are three states that actually allow casinos to operate Goa, Sikkim and Daman. There is a mix of river boats and land based casinos and they are run my large corporations and the industry is set to enlarge. The fact is though that Indians love to gamble regardless of their states attitude legally. There is no consensus really with the usual arguments for and against regulated gambling. But some states are fervently against gambling especially online gambling. Maharashtra is one such, with a specific law banning online gambling called the ‘Bombay Wager Act” The states that are thinking about regulation for income purposes are also looking at strengthening laws so they can block unlicensed sites. As it stands most states don’t stop players from visiting online casinos in India. That can all change very soon however.

The Best Online Casino India Is Miles Away But Takes Rupees

Depending on which state you live rules will be different and you should check them before signing up with any online casino. There are, despite the confusing legal standpoint, quite a few online casinos to choose from. The shortlist for best Indian online casino is not that short! The market is huge to make an informed choice there are many things that need to be taken into account.

India has several languages and unfortunately you will be hard pressed to find a platform written in your native tongue. Most will be in English you will be able to find customer service agents that are fluent however. This should be of top importance. You need to be able to communicate reliably as a lot of questions need to be asked of them. Currency exchange and banking should not be an issue as Indian Rupees are widely accepted. The terms and conditions of play will need to be fully understood before you risk your cash. Any online casino worth playing with will be able to explain everything to your satisfaction. If they can’t don’t play there.

There is a lot of controversy surrounding online gaming licenses and which jurisdiction they are issued from. The Caribbean authorities were the first to get in the market followed closely by the Kahnawake Territories. Then came the European bodies and the rest of the world is following suit. The thing is though that not all are equal. Reputations have been tarnished over the years and some never had a good one in the first place. The most respected are the UK Gambling Commission, the MGA, the Gibraltar Gambling Commission, the Isle of Man and Alderney. All of which have strong regulations and powers. There is great communication between the playing public and the authority. Complaints are investigated and where warranted action taken with licenses ultimately revoked and legal action taken. All licenses claimed to be held are verifiable with the issuing body. Don’t be fooled by a link on the website investigate yourself.

There are many reasons why you want to be able to easily check up on an online casino. If there are things hidden ask yourself why? The reputable brands have all the information you need with just a few clicks. Knowing who owns an online casino or whether it’s part of a group is very important. Pretty much every online casino only allows one account per person over the entire brand. If you open an account with a sister site you run the risk of both accounts being shut down. This is usually to do with bonus fraud but you may also encounter difficulty in getting your deposit back. This crops up many times in forums and unfortunately for the player it is quite clear in the terms and conditions. The Gibraltar Gambling Commission even has an advice article about this subject.

Don’t take anybody else’s word for it check every detail. When it comes to security all brands claim to have the best available. Do they have independent experts validating this? If they do they will proudly advertise the fact. This can then be checked. If they don’t why not? The same goes for lab tests on the fairness of games. There are many labs that carry out these tests and give out monthly reports. Don’t take them on face value check them with the lab concerned. There have been many cases of falsified tables in the past. Any questions you have ask the customer service team and save the conversation for reference later.

There have been player forums for online casinos since online casinos started. There are some very well respected forums/watchdogs and they help hold the industry to account. Read the blacklists they are pretty much spot on. If a particular brand appears on more than one it’s a good bet they are not very good. Get talking with a few players you will find out which casino has the best promotions. You will get real information about payout times and if there are any issues getting your money. Remember they will just be other people’s experiences and opinions but they all go toward making an informed decision. Good luck and have fun.