Algeria A Holiday Destination For Sure

The Democratic Republic of Algeria is the largest country in Africa and the Arab World. It’s known as one of the most liberal of the Islamic nations. Situated on the Mediterranean coast it has had regional influence and power back to antiquity. 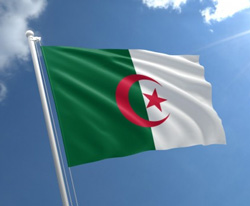 A diverse natural landscape with vast mountain ranges, fertile coastal areas and the Sahara to the south make the country well worth a visit. World Heritage sites are plentiful with sites from the Hammadid, Phonecian and Roman empires and the world’s only natural heritage site the mountain range Tassili n’Ajjer. Although tourism is growing and foreign visitors are encouraged the laws are based on Sharia so visitors need to be aware of Islamic custom. Alcohol and gambling is prohibited, so there is no chance of a night in a local casino kicking back your heels at the roulette table.

There Is A Lottery Though

Considering gambling is against Islamic custom the fact that Algeria has a lottery is a bit strange. The lottery is run by the organization Pari Sportif Algerien. There are two types run a 6/49 game called Loto Erriadhi and a 7/35 called Loto Mohtaref. 40% of the proceeds go toward youth sports education with 20% to the organizers the remaining is prize money and running costs. The biggest payout to date is 47 million dinars. There is no online version and all other forms of gambling are prohibited.

High Internet Censorship But Not So Many Online Anyway 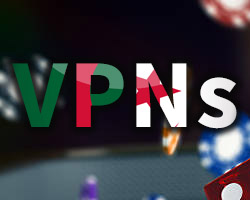 Algeria has a very low internet penetration and access is highly monitored. Any sites that have content deemed anti-Muslim are blocked along with political websites, online radio and blogs. The population is 99% Muslim and as such there is not a great interest in online casinos or other forms of gambling. There are a few however who choose to ignore the law and circumvent the blockades. Certain online casinos do accept Algerian players most who do this use VPNs. This is a very risky thing to do with a government that has such powers this is not a secure method. There is talk of making the use of VPNs illegal as yet this is not the case. If this law comes into force then all VPNs will be blocked also and not only would you risk prosecution but you would lose access to you funds.

No Change For The Near Future

Algeria is a forward looking country. It has a pretty liberal attitude for an Arab nation. Education is good literacy reasonably high and women are an important part of the workforce. 70% of doctors are women. The arts are highly venerated and Algerian cinema world renown. All that being said the regime is still considered authoritarian and it is a Muslim country. There is change going on slowly but there is no reason to think that Islamic teachings will be put aside and suddenly a Las Vegas style strip appearing. Sport is very popular with football mad Algerians everywhere, card games and backgammon are played regularly but gambling on them is just not done.